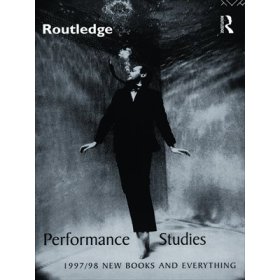 Book Description
Certain Fragments is an extraordinary exploration of what lies at the heart of contemporary theatre. Written by the artistic director of Forced Entertainment, acknowledged to be ‘Britain’s most brilliant experimental theatre company'( Guardian), Certain Fragments investigates the processes of devising performance, the role of writing in an interdisciplinary theatre, and the influence of the city on contemporary art practice. Tim Etchells’ unique and provocative voice shifts from intimate anecdote to critical analysis and back again. As in his theatre-making, Etchells disrupts traditional notions of creative, academic and intellectual work. The book is an exciting and radical fusion of story-telling and criticism. It also makes available for the first time, four seminal Forced Entertainment texts by Etchells.

Download Description
An exploration of what lies at the heart of contemporary theatre. Written by the artistic director of Forced Entertainment, it investigates the process of devising performance, theatre’s interdisciplinary role, and the city’s influence.

About the Author
Tim Etchells is a writer, director and artist best known for his work leading Forced Entertainment. He has written extensively on new performance and installation.

← A Sourcebook of Feminist Theatre and Performance: On and Beyond the Stage The Intercultural Performance Handbook →