This is from our discussion on building escape stairs. 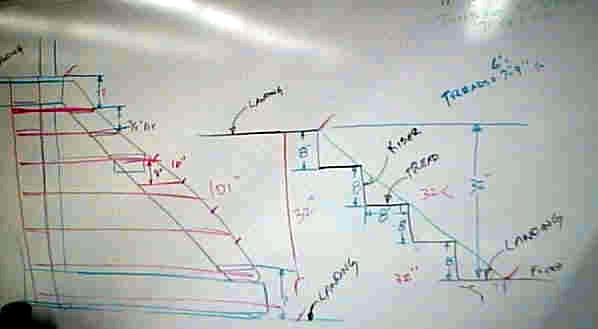 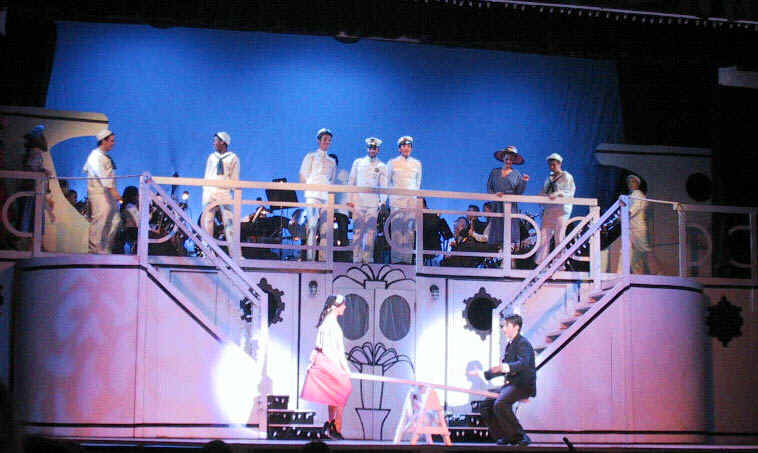 The base for the one of the main stair units. Notice the 2×4 block under the right side. It’s there simply to keep the frame from rolling around while we work. 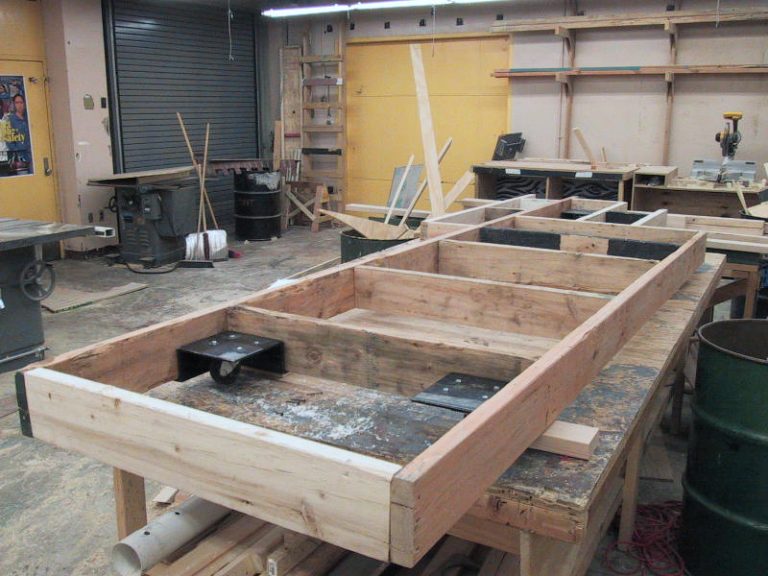 Each 2×8 tread is supported by a 2×3 block. The 2×3 is glued & nailed into place. Take a good look at the railing leg. The dark 2×4 doesn’t actually hole the weight of the steps. Just behind this 2×4 is another 2×4. This one is supporting the weight down to the frame. 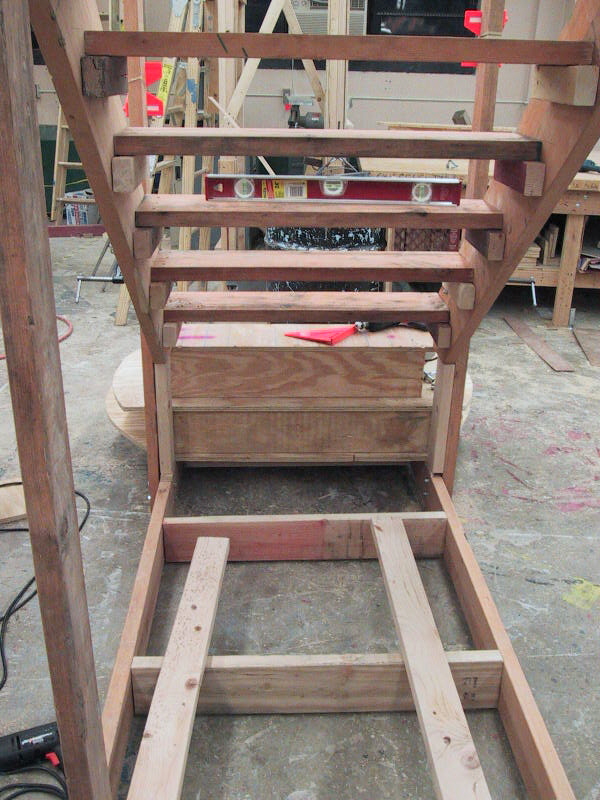 A student is bolting the railing support using 3/8″ bolts. the orange thing above is a 3 way level. 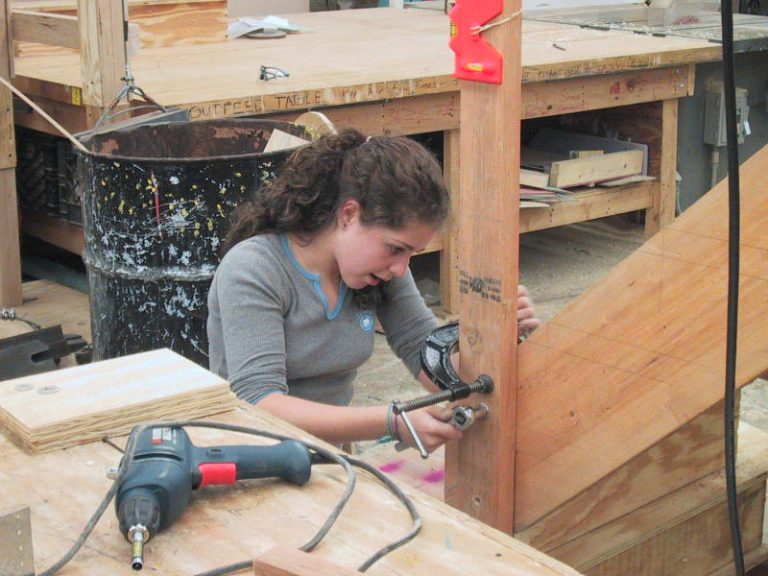 The bottom three steps wanted to have a rounded look. They were built as mini platforms with curved lids and mounted atop each other as shown. 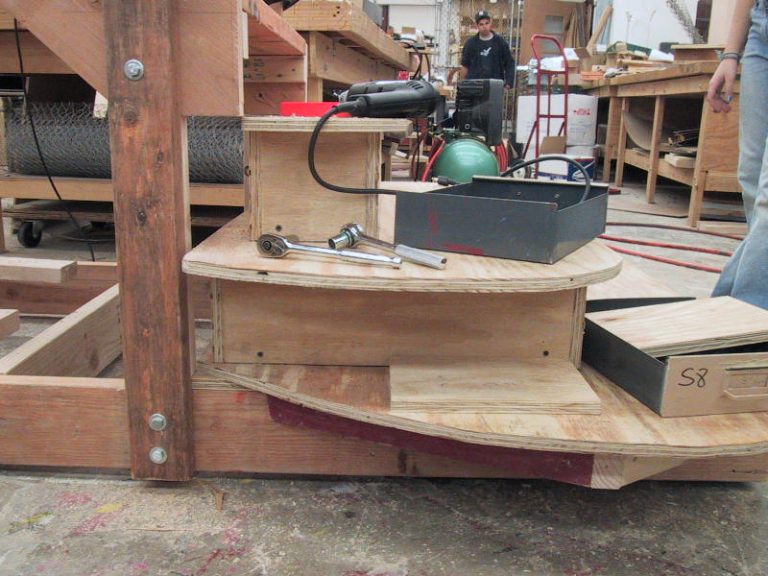 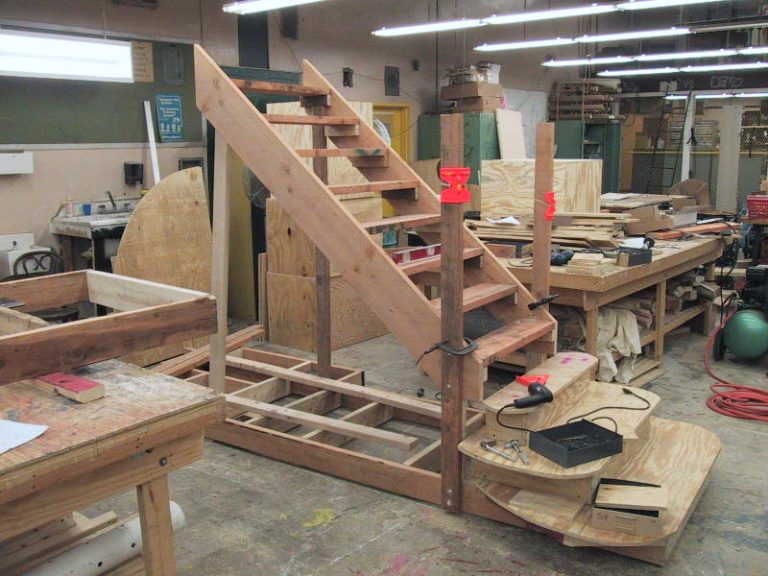 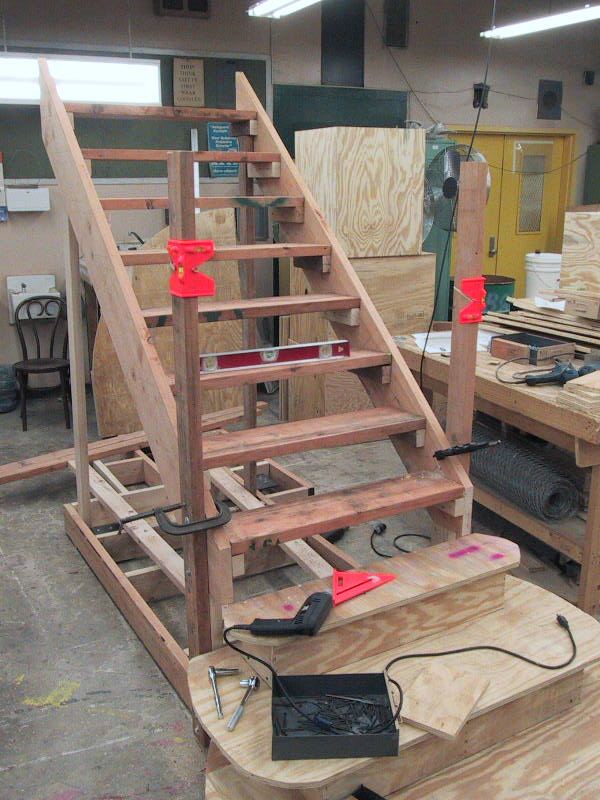 From this angle you can see that we’ve added diagonal bracing to the unit. We’ve also started to add the wiring for the chaser lights. 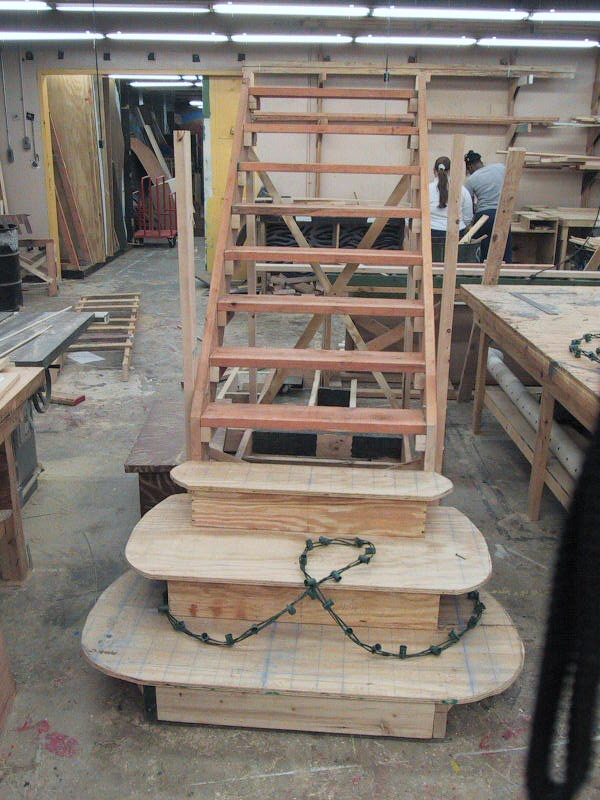 The 2×4 poking out towards us is acting as a lever to allow us to swing the stairs from back stage. The 2×4 nailed to the floor acts as a stop to keep the stairs from swinging to far. 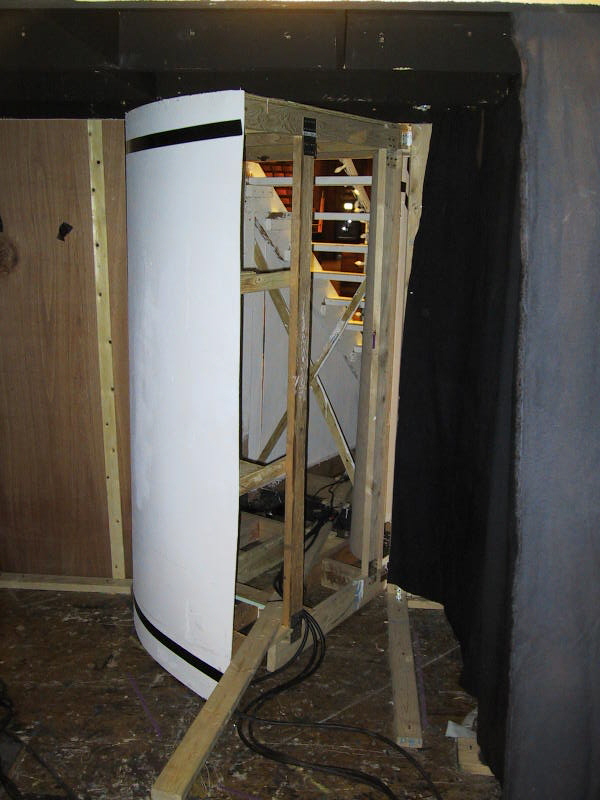 Framing for the curved front. Three ribs were cut from 1/2″ plywood and mounted as shown. Did you notice the lack of diag. bracing? The curved plywood adds very strong diag. bracing. 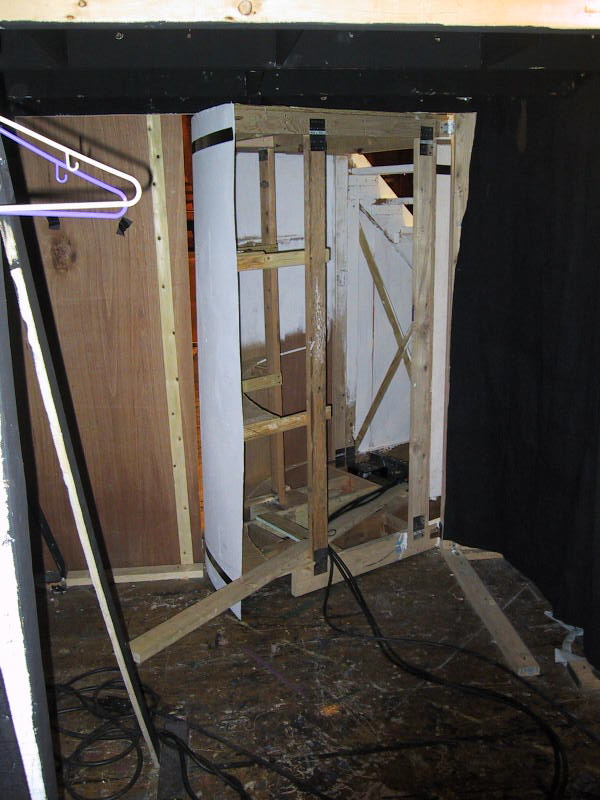 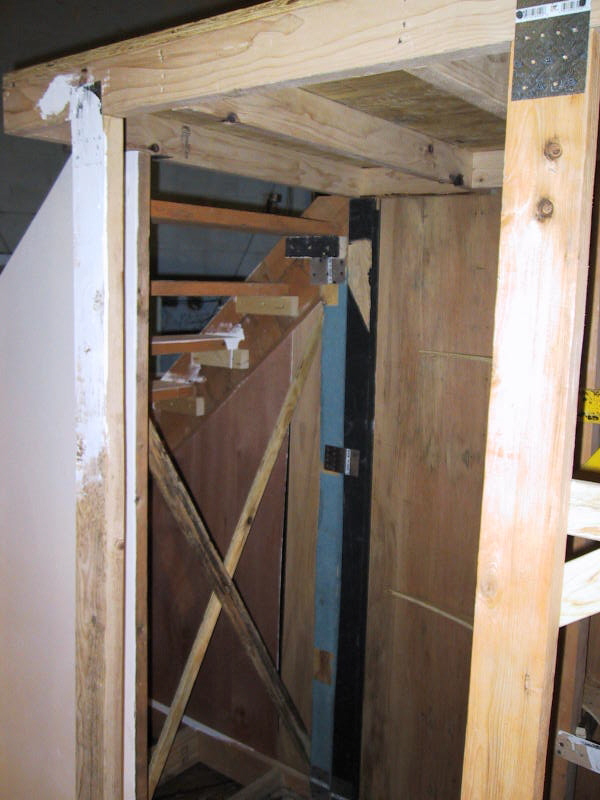 Building stairs for the stage is just like building them for a house.
Some basic terms you need to know.

When building stairs, you need to figure out what angle the stringers are going to be. What is the angle you need to walk up or down. If it’s too steep, you might have to go down backwards. Just like a ladder. Look at the escape stair above; these are really ladders with big treads.
If the angle is too shallow, you could have two problems. One, the treads would have to be very deep or you would have to have a lot of them. The rise would be very small. An example of steps with very shallow rises; steps that require you to take two steps per tread.

Why all the fuss about proper tread heights and depths? Think about the actors that have to walk up and down while being blinded by stage lights.

Measurement terms. The depth of the tread is called the RUN. You already know what the Rise is. Yup, the measurement term for the Rise is RISE. The terms put together is the Rise over Run. How high by how long. If you add together all the rises together, you’ll have the hight of the staircase. Add all the Runs together and you have the horizontal distance from the bottom step to the top. (Going up!)

So, let’s say the staircase is to take you to a platform that is six feet high and the bottom step is six feet away from the platform. Well, then you rise is six feet total and your run is also six feet total. Now, how many steps do you have? Let’s say five. The platform is the landing and not a step. The floor is also a landing.  So, you have five steps. How many spaces do you have between landings? Six. So you have six rises. Six feet divided by six rises; each rise is one foot. This same method applies to the run. Six feet, five treads. Each tread’s run is one foot.

Have you ever tried to step up a full foot? It’s a big step. Too big for most. I think you’ll need more treads. With more treads, you would have more individual rises, each being smaller. Let’s say twelve treads. (including the floor.) Well that gives us 6″ rises. Too small.