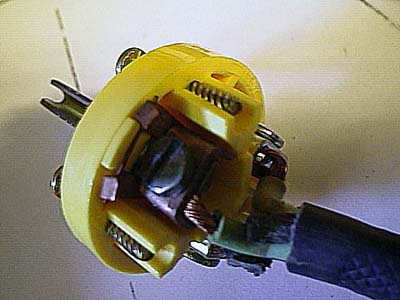 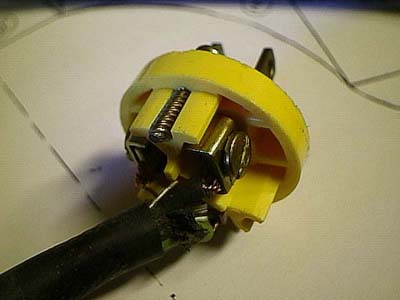 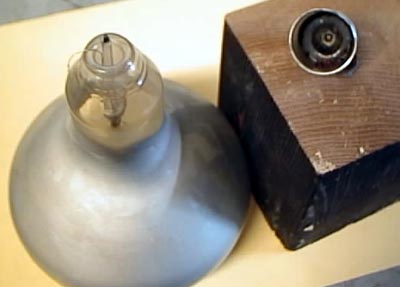 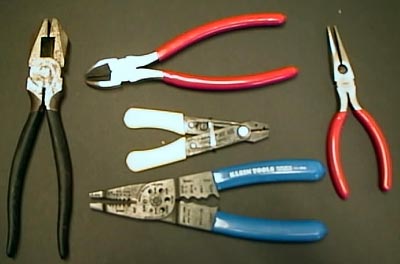 Tools
There are plenty of tools for stripping wires. There is the wire stripper, it comes in many different forms and many different sizes. The many different wire strippers have colored handles, yellow , blue , and the red. The yellow handle is for more smaller jobs, such as stripping the smaller, thinner wires like the black, white, and green. The blue and red wire strippers are for bigger jobs like cutting cables and is for a more variety in wire cutting because of its variety of holes for different sizes of wires. Other tools we use is a box cutter and a screw driver. The box cutter is for pealing away at the shell of a cable. The screwdriver is for connecting in the wires in to the plug and screwing on the back to the front of the plug.

Stripping the Wires
When you strip a wire, the first thing you do is to strip the outer shell of the cable using a box cutter. By doing this, you are exposing three wires. The wires you are exposing is the hot (black) wire, the neutral (white) wire, and the ground (green) wire. Take the yellow handle wire strippers (described above) and strip each wire, exposing enough metallic wire to connect to the plug.

Connecting the wires to the Plug
In the plug, there are three prongs with three connections. First connect the green wire (it doesn’t matter what order you do it in) to the third prong by putting the wire in to the slot and screwing down. Now do the same for the next to wires. However, there is still a place for each wire. The black wire goes in to the gold colored connection and the white wire goes in to the silver colored connection. Now screw down the plug to the back of the plug with the three screws. Now, your plug should work, after you plug it into the socket.

How the wires come from the Electric Co. to our circuit breaker. 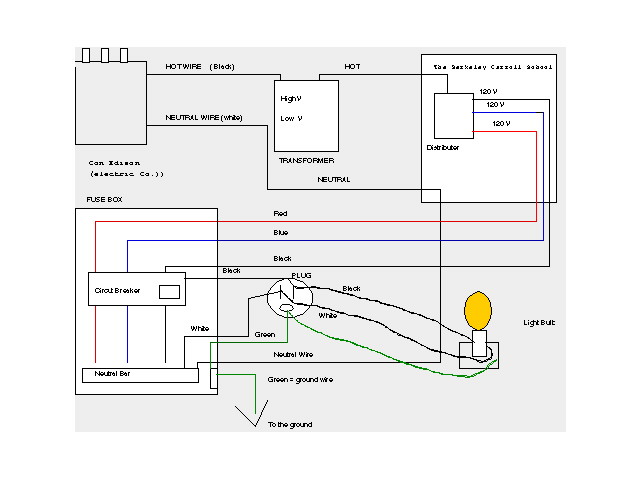