The final scene in Once Upon a Mattress calls for the Princess to climb up on a table and then for the table to magically turn into the bed. The kids who operated the bed are planning on writing up a bunch of info for these pages. Check back soon. 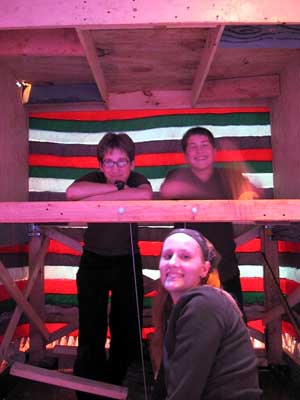 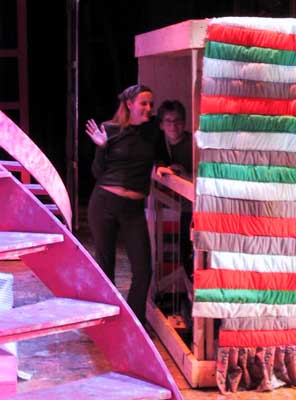 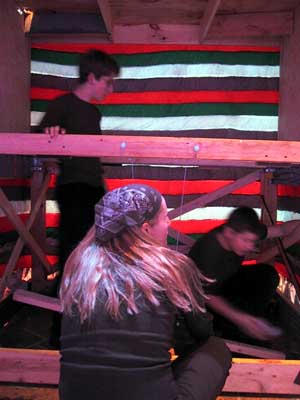 The levitating bed was a bed that turned into a table. It was made up of a counter weighting system similar to the Fly rail. The Bed itself was connected to the frame with a rail, and had cable attached to the bottom four corners of the side panels. The frame had eight pulley wheels that made a track for the cable. The cable was led from the side panels, to the pulley wheels on the frame, and down to the center of the frame where there were two technicians (myself and an other) who pulled down on a 2×6 with the appropriate weights which was like the arbor of a fly rail. The technicians would pull down the arbor to make the bed go up and let it down slowly to let the bed go down. 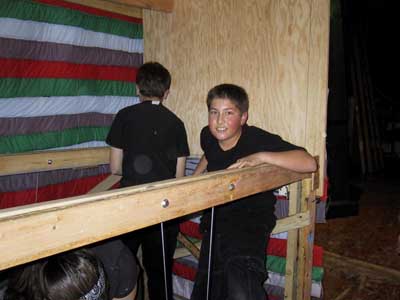 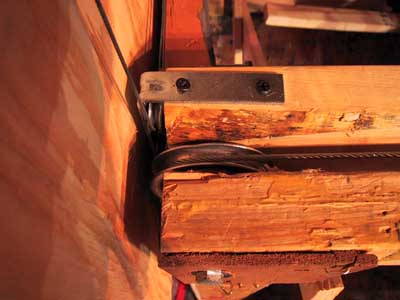 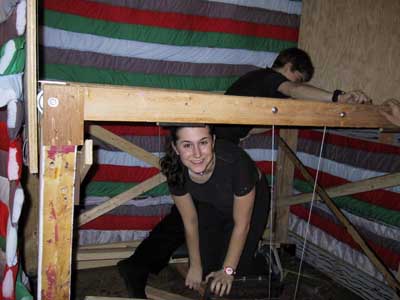 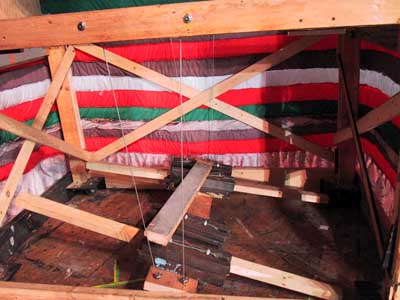 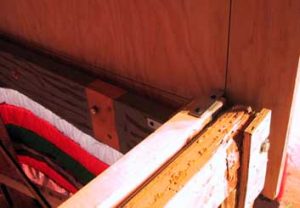 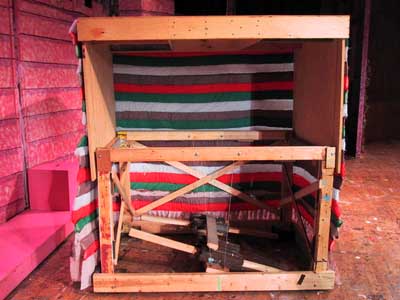