As humans we all are cursed by the need to view everything through our own personal knowledge and experience. If WE haven’t heard of someone, then they obviously can’t be important! It is worse even in the academic world where teachers fixate on the “hot” names from when THEY were in school. Certain people are thus somewhat arbitrarily designated as “stars” and then the astonishing contributions of everyone else fade to oblivion even though their contributions may in fact be even greater!

Great discussion so far on the origins of Lighting Design as a Profession. I have a lot of my own thoughts on this, so alas this will be a long post.

Jean Rosenthal was a true Giant and indeed she can and IS admired as ONE of the pioneers of lighting as a profession. A Nice short article by Beverly Emmons on this can be found online at: http://tinyurl.com/47umna 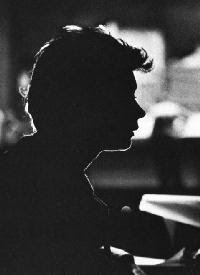 There have been many other great lighting designers from long before the days of Ms. Rosenthal so a large part of the issue relies on the semantics of the word “profession”, as indeed before Ms. Rosenthal’s time Lighting Design was there, often even important, but not held to the esteem of being a “profession”. But the history of LD as a distinct “profession” gets quite fuzzy. The Union/Guild, United Scenic Artists itself didn’t recognize LD as a separate and distinct category until as late as the 1960s (yipes!) and it took until 1970 before LD was represented with its own Tony Award (I was already in college by then…..double yipes!)

If one were to look at those LDs who worked exclusively in that area, then alas Jean Rosenthal would be disqualified as she worked in a whole host of areas. Her set design for the ballet “Afternoon of a Faun” (absolutely brilliant in my opinion) is likely still in use.

When looking at those who established the Broadway tradition of LD as a profession, the list generally counts three designers together: Rosenthal (indeed a pioneer) but also Peggy Clark, and Abe Feder. In fact Larry Wild’s Brief History of LD website at http://tinyurl.com/6hnqz6 claims the mantle of first independent professional to Abe Feder. Indeed his listed Broadway credits do predate Rosenthal and unlike Rosenthal Feder worked much more narrowly in lighting, though branching quite a ways from lighting exclusively on stage.

I have somewhere a record of the first actual Broadway program credit for a distinct “Lighting Designer”. Alas I can’t remember where I have that info. It may be in Bobbi Owen’s book of LD Bios. I BELIEVE this distinction does go to Feder actually.

OK….now my pulpit…. As humans we all are cursed by the need to view everything through our own personal knowledge and experience. If WE haven’t heard of someone, then they obviously can’t be important! It is worse even in the academic world where teachers fixate on the “hot” names from when THEY were in school. Certain people are thus somewhat arbitrarily designated as “stars” and then the astonishing contributions of everyone else fade to oblivion even though their contributions may in fact be even greater!

I first became aware of this phenom while I was teaching at The U of Cincinnati. In the days of slide presentations I had a massive collection of images of stage designs. Meanwhile my colleague there, Paul Shortt had a rather impressive collection himself. Paul allowed me to incorporate some of his key slides into my own collection. I remember being struck though by his labeling of Svoboda’s slides. Paul’s labels on these slides read: “Josef Svoboda and his publicist Jarka Burian”. I got the “joke” immediately! Svoboda was an incredible, astonishing, genius of a designer. BUT one could make the case that no one in America would have heard of him had not Jarka wrote his excellent books. And what of the many many other incredible designers of the era that didn’t have a Jarka to write on them???? Alas history is made not by the participants, but later by those who choose to create the history that is remembered through their writings. Again this doesn’t diminish in any way Svoboda’s stature, but it does explain the academic world’s fixation on him exclusively in the 1960s and 1970s.

Coupled with this, the academic world when it anoints it’s “kings”, tends to do so exclusively. Society does this too in our “greatest hits” era. When we did “Pericles” at The Colorado Shakespeare Festival in the 1990s, the most asked question by far from the audience was “Who wrote the play”? Go to any bookstore and you’d think that Shakespeare only wrote 3-5 plays and Tennessee Williams only wrote three. Mention a famous STAGE actor to most folks and they will be dismissed “Never heard of him” UNLESS they are first stars of films and films that the person has seen themselves. To most in society the name of the actress Lillian Gish would garner a blank “She can’t be important…_I_….haven’t heard of her”.

But this just doesn’t apply to the OTHR guy (or gal). We are ALL wired to think this way. For me the only antidote is to constantly be delighted in discovering how little I actually know no matter what I DO know. I constantly hear names that I have no familiarity with, only to discover that person’s vital importance despite my own ignorance of it.

Now back to the topic at hand…..pioneers in Lighting Design. I have been upset for a while now with the description in a catalog of sessions at a USITT conference a few years back. The session was on Women pioneers in Lighting Design. The catalog description listed the women in particular and they included of course Rosenthal and Musser. The problem is, there was at least one giant of a pioneer before either of these two women, namely Maude Adams. But alas, with the great book “The Magic of Light” and the more current accomplishments by Musser, the academic world lost all memory of the pioneering efforts of Maude Adams dating all the way back to around 1906. In fact this very year we can celebrate the centennial of Maude Adams’ “Introduction of the Lighting Bridge” which was such a hailed event in its day that it made THE headline of the NY Times when it was first secretly transported to its Broadway location. Maude Adams also worked directly with General Electric on the development of the first 1,000 watt stage lamp.

By the way, I was so happy to hear from Linda Essig in conversation at the Houston USITT, that while Adams wasn’t listed in the earlier USITT program, Essig herself credited the pioneering role of Adams in the actual session.

In short and to recap…..celebrating the works of our design ancestors is wonderful. My favorite quote in fact is “Who remembers but one generation, remains a child” . (Seneca) In the process though of understanding our wonderful heritage, I do urge against the usual process of reduction. Our family tree is quite rich and there are many in it with royal status and many relatives that we may not have even heard of but only because we haven’t heard of them! Even in the current discussion, folks are only considering AMERICAN designers. What of the pioneering role of someone like Frederick Bentham in England? (Though someone did mention Apia)

By the way, in case you hadn’t heard the story already, researchers just this week announced the discovery of and restoration of voice recordings from EIGHTEEN YEARS BEFORE EDISON “INVENTED” sound recording. You can actually hear a recording of a young girl singing from 1860 (!) on the NPR website. This is the latest example of the giants who have remained invisible to us mostly because of issues of social popularity.

I leave you all with a quote I heard personally from Mr. Bentham in 1976 when some of us students asked him why the marvelous clutch mechanism he had invented for the tilt adjustment of lighting units had been eliminated in the next generation of units. His reply: “You must remember, one designer LIVES to destroy the work of the previous designer”.

Sorry for the long post but I haven’t been too active online in a while and hope that the discussion is at least provocative. Richard Finkelstein